China has a huge population of patients who suffer from rare diseases. Currently, there are over 7,000 known rare diseases in the world, but less than 10% of them have an available treatment. The accessibility and affordability of rare diseases drugs in China are topics worthy of our attention.
by Yinpeng Feng Mar 08, 2021 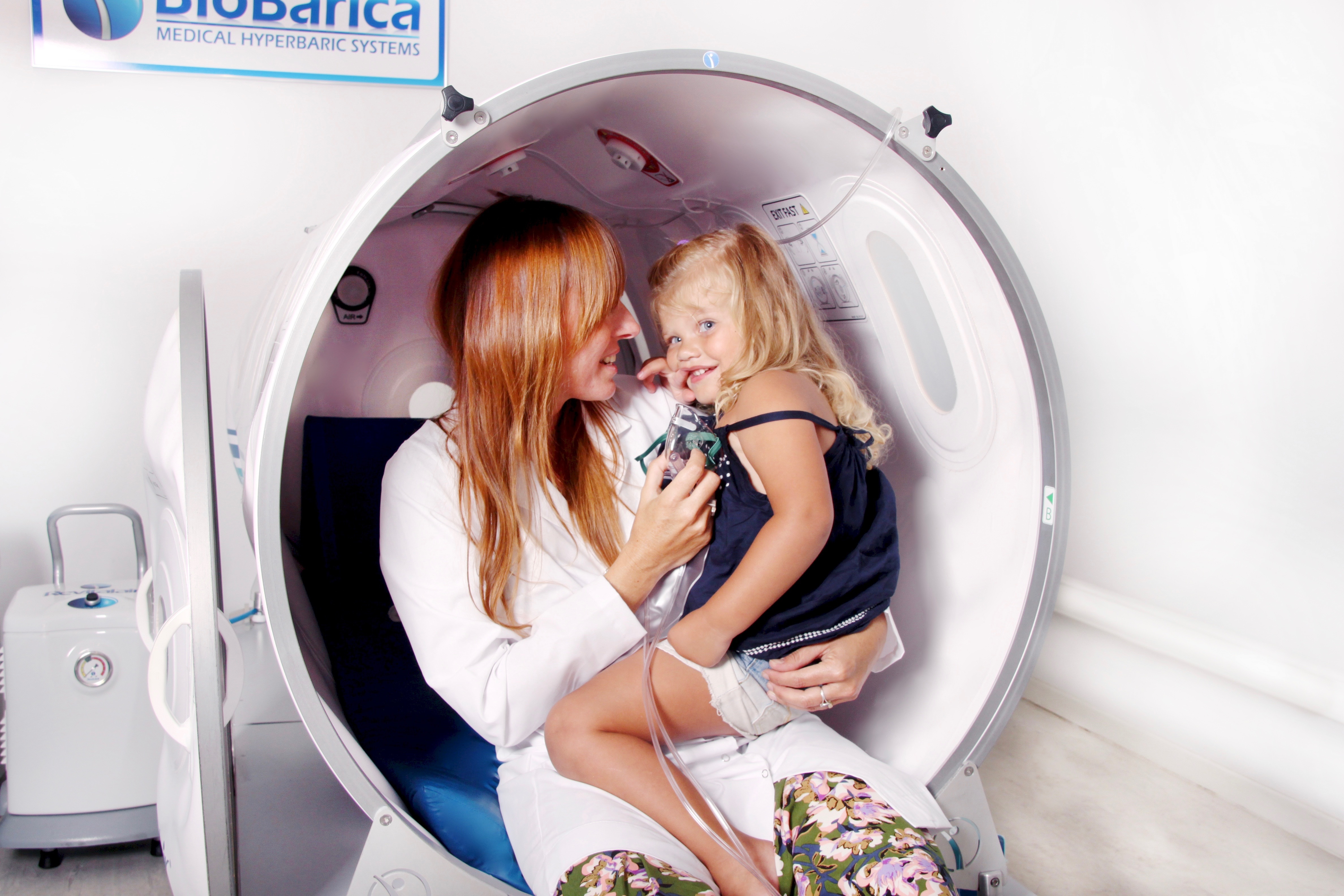 On February 28, 2021, the international community observes the 14th Rare Disease Day, which is a time of the year to raise awareness among the general public and to also reflect upon the progress of orphan drugs development. There are approximately 7,000 existing rare diseases in the world, and less than 10% of them have an available treatment.1 In China, around 20 million patients suffer from 1,400 known rare diseases.2 The best medical resources and experts in China are concentrated in megacities like Beijing, Shanghai, and Guangzhou. Patients from small cities and rural areas are disadvantaged due to this uneven distribution. Besides geographic barriers and the hardship of diagnosing the rare diseases, the cost of treating them is also a challenge for most patients.

In recent years, government agencies in China have been more active in promoting the interests of rare disease patients. In 2018, the National Health Commission (NHC), along with four other ministries and agencies, published the First Catalog of Rare Diseases, which included 121 rare diseases that the NHC deemed prevalent, highly burdensome, and treatable.3 In estimation, these 121 rare diseases affect more than 3 million patients in China.2 This catalog not only provides official recognition for the most prevalent rare diseases, it also offers incentives for pharmaceutical companies to develop rare disease drugs and market their products in China.

On August 26, 2019, a new amendment to the Drug Administration Law was passed. Article 96 stipulates that there will be an accelerated and prioritized review and approval mechanism for rare disease drugs.4 Compared to the standard review time of 6 months, the priority review for urgently needed drugs would only take 3 months.5 As of December 2020, the National Medical Products Administration has approved 95 rare disease drugs for the rare disease on the list mentioned above.2 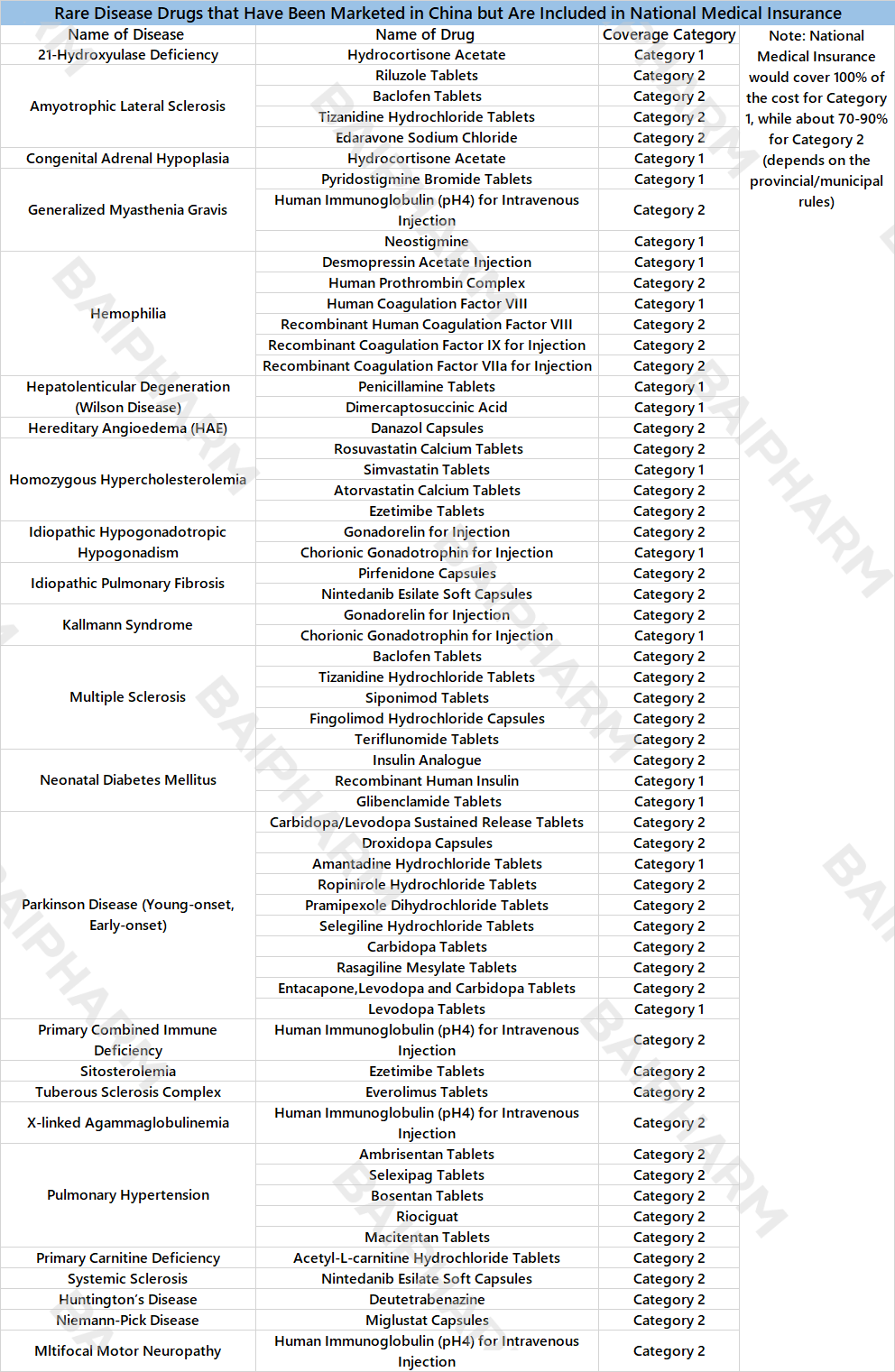 Despite having major progress, many rare diseases patients in China still struggle to afford their treatment. Table 2 shows several of the most expensive marketed rare disease drugs that are not yet covered by national medical insurance. Notably, Nusinersen, an injection drug that treats spinal muscular atrophy (SMA), received widespread notice on Chinese social media platforms in August 2020 due to its ultra-high price. Approximately 20,000 Chinese patients suffer from SMA and struggle to afford the 700,000 RMB per shot price of Nusinersen.8 This rare disease drug was approved to be marketed in February 2019, but it has not entered the list of drugs covered by national medical insurance.

Table 2: Expensive Marketed Orphan Drugs that Are Not Covered by National Medical Insurance. Source: An Overview of Rare Disease in China (2021).[2] 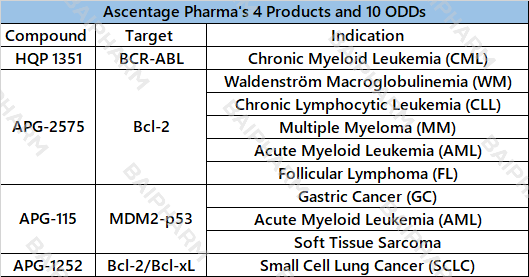 Looking ahead, as the Chinese government makes substantial progress in improving its policies regarding rare diseases, and as the general public becomes more aware of this phenomenon, the domestic market of rare disease drug has great potential to expand. Besides monetary profits, the development of rare disease drug is also in line with many corporations' vision to be socially responsible in the present era. Taking these factors into consideration, more Chinese pharmaceutical companies now have the incentives to venture into this previously unattractive field.