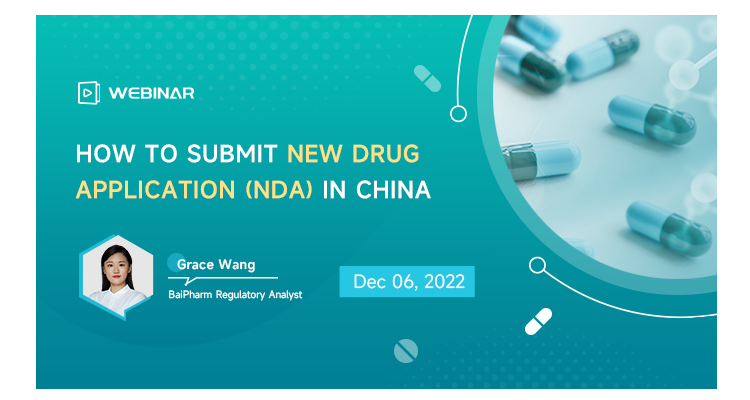 6. CDE Issues a Series of Guidelines and Rules

On Oct. 26, China NMPA issued the New Administrative Measures for Drug Recall, which took effect on Nov. 1, 2022. Different from the previous version issued in 2007, the new Measures designates drug marketing authorization holders (MAHs), instead of manufacturers, as the main responsible entity for drug recall.

MAHs are required to establish the drug recall system, collect drug quality and safety information, investigate and evaluate potential quality issues and/or other safety risks, and recall the drugs with the issues and risks.1 Read BaiPharm's report on drug recall requirements.

For deficient drug registration applications, NMPA will issue deficiency letters that require applicants to submit supplemental documents. On Oct. 14, China NMPA announced it would temporarily extend the deadlines for the submission.2

On Oct. 21, NMPA issued the draft of Administrative Measures for Good Laboratory Practice (GLP) Certification for public comments. GLP certification means that NMPA inspects and evaluates whether research institutes comply with GLP during non-clinical safety evaluation for pharmaceuticals.3 To learn about how to apply for GLP certification, please refer to BaiPharm's report.

Read BaiPharm's report to know how to download the certificates.

From the same date, the following two documents will only be issued in electronic version:

6. CDE Issues a Series of Guidelines and Rules

The following list shows the guidelines and rules issued by CDE in October 2022.

On Oct. 25, the Chinese Pharmacopoeia (ChP) Commission announced it would collect advice on the standards of sterilization and microbial limit tests for pharmaceutical excipients until Nov. 20, 2022. The relevant excipients7 include but are not limited to

   excipients in the Chinese Pharmacopoeia

   excipients which are water-insoluble, highly viscous, highly hydroscopic, bacteriostatic, and/or easy to diffuse and swell

In addition, the ChP Commission released the below drug standards drafts for public comments.